Breaking Bad... Banks Reject More Loans, however it's not the end of the road for some...

Feel like you've hit a brick wall? A home loan refused by a bank might be approved by a Mortgage Lender  - Get more information from your local expert  Heather Craig, and break through the banks with a Portfolio Mortgage Loan Option. 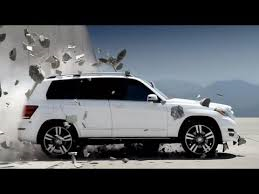 The likelihood that a mortgage application will be approved varies widely by bank.
Home-buyer rejection rates ranged from 11% to 34% in 2012 at the 10 largest mortgage lenders, according to data released this month by the Federal Financial Institutions Examination Council. Those who applied for a mortgage at SunTrust /quotes/zigman/242272/quotes/nls/sti STI +0.77%   faced the lowest rejection rate—3,831 out of 34,749 applications were denied—while those at Chase encountered the highest rejection rate, with 26,894 out of 80,036 (a third) not passing muster. Despite the fact that large lenders sell most of their mortgages to government agencies, many require applicants to clear hurdles that surpass federal guidelines, and they do so in degrees that vary by institution, resulting in confusion for applicants. Home buyers who get rejected for a mortgage at one large bank could get approved at its competitor—assuming they know not to give up the search. “It absolutely makes a difference where you go,” says Stu Feldstein, president at SMR Research, a mortgage-research firm.
Don’t bank on getting that mortgage approved:
Number of 2012 home buyers rejected by the top 10 mortgage lenders
Posted by Unknown at 10:34 AM